A friend who writes for the RGJ’s Outdoor Page recently contacted me about doing a story on fat bikes. It’s part of his job to get out and sample all the outdoor activities this area has to offer. As you can imagine, he gets to try a lot of things and stays quite busy. I began researching good locations and finding him a bike to ride. Over the New Year’s weekend, we got up to Brockway Summit north of Lake Tahoe to join some other riders on the groomed snowmobile trails. 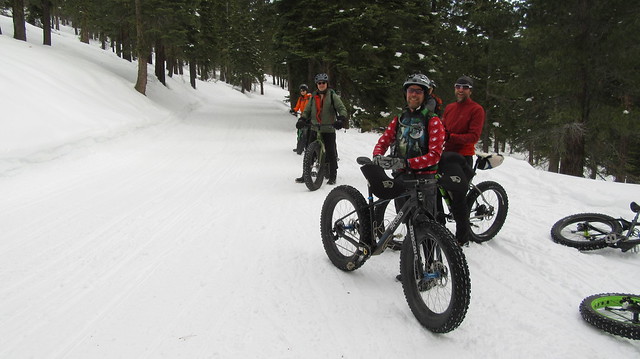 We arrived at 10:00 AM, and were able to park on the side of CA SR 267 right at the summit. A snowmobile tour operation stages out of this location, so the parking lot was full and busy. It appeared that the tours were just getting underway at the same time. We spoke with the tour operators, and they didn’t have a problem with us sharing the trail, as long as we stayed off to the side to allow the snowmobiles to pass freely. 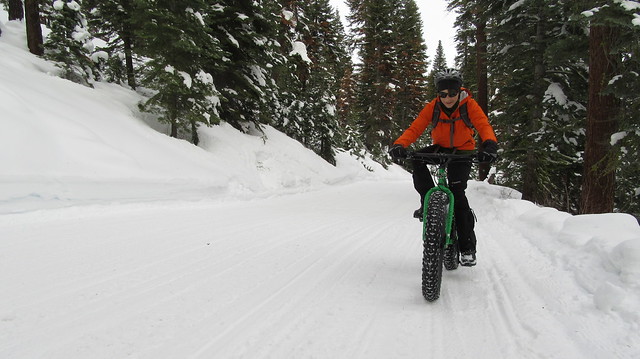 We played leap frog with the snowmobiles at first, as they tried to get dozens of people organized and out on the trail. There was plenty of room on the groomed track, though, and the traffic wasn’t fast. It was also easy to hear the snowmobiles before we could see them. 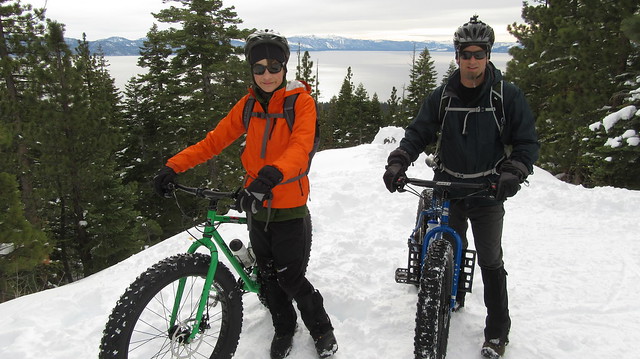 The trail climbs uphill to the southwest, following an existing roadbed that passes south of the Northstar Ski resort. The grade is not as steep as the White Hill Loop road we did a few weeks ago, but there were a couple spots we had to walk. It was also above freezing this day, so the snow felt a bit soft, adding to the pedaling resistance. We started off with a big group, but quickly split up to let the faster riders go off at their own pace. 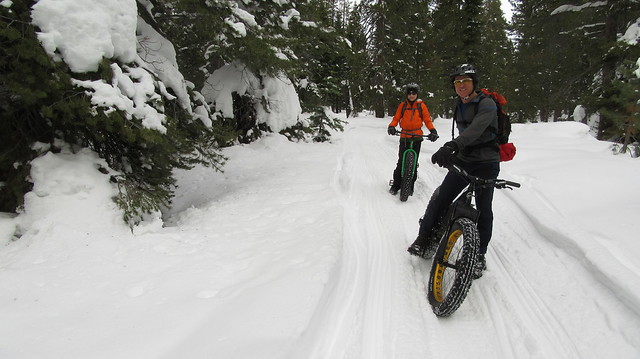 At the top of the first climb, we were treated to a great view of Lake Tahoe, the lake a pretty silver-blue in the subdued overcast light. Next we enjoyed a long downhill all the way to Sawmill Flat. A side trail took off downhill from here, made only by snowmobiles and not the big snowcat. Although we didn’t follow it too far down, this was definitely the funnest part of the ride. We seemed to stay on top of the snow better, had better control of the bikes, and it felt more like twisty singletrack than the wide road we had just turned off of. 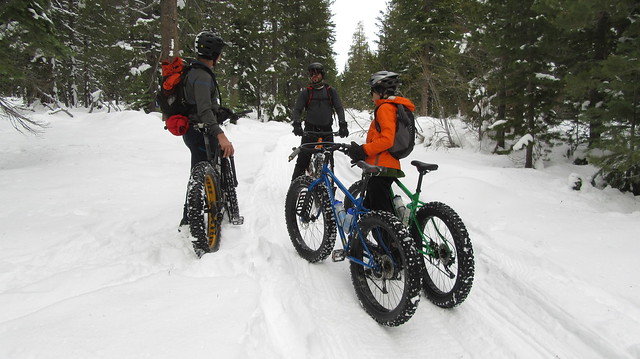 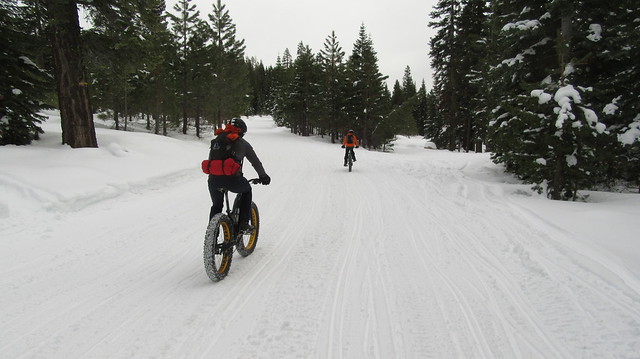 The faster group made it all the way to Watson Lake, an uphill climb from Sawmill Flat. They began to catch us on the way back, and we all regrouped for a nice photo at the Lake Tahoe overlook. A few of the snowmobilers came over to talk to us about the fat bikes. It was good to see the two user groups sharing and enjoying the trail together! 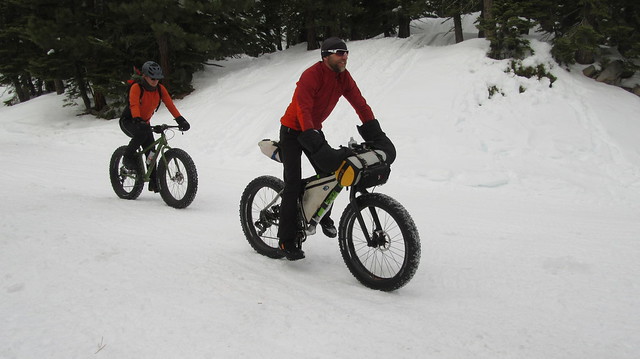 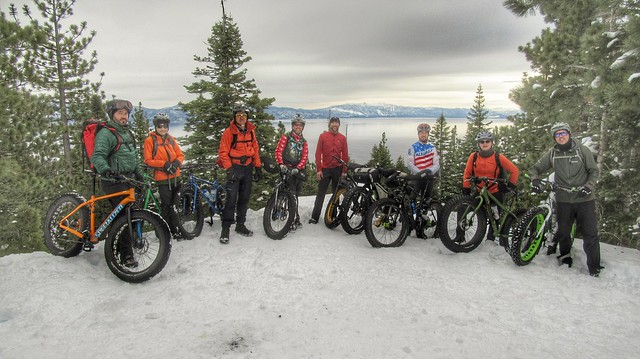 A few of us headed over to the Tunnel Creek Cafe in Incline Village after the ride to warm up with some drinks and sandwiches. Not only is the cafe home to Flume Trail Bikes, it’s located just out of town for easy access out of the congestion. 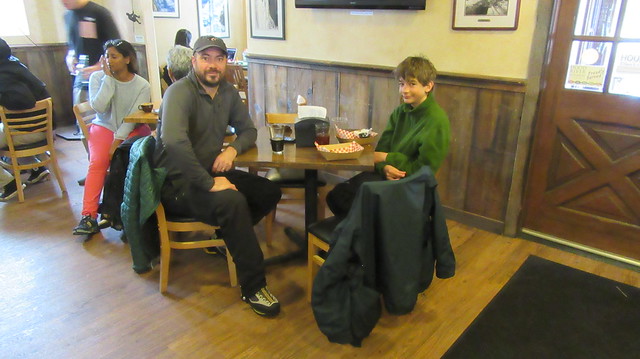 Warming up at Tunnel Creek Cafe after the ride

It looks like we may be in for a long winter this year, so it’s great to be able find fun places like this to stay active and keep the spirits up. I’ll definitely give this trail another shot, and even try to get all the way to Watson Lake next time. I’ll also make a stronger effort to get on the trail earlier for the best snow.

Some great video footage of this ride can be found over on the RGJ Outdoors Page here.

Special thanks to Flume Trail Bikes for the use of the Specialized Fat Boy!