The weather was a mess last weekend. First there was the tree-toppling wind. Then it rained all night, leaving everything a big mud puddle. Another storm was headed in Sunday, and it didn’t look hopeful for any outdoor recreation. When I woke up Sunday morning, it was snowing hard and sticking to the ground. 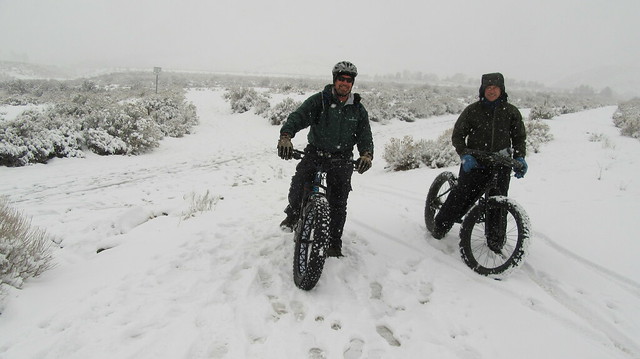 It wasn’t the type of day I wanted to be out on the road driving, but it looked perfect for an adventure on the fat bike, an expedition out into the snow, departing right from my driveway. I contacted a couple friends, and they were in too. 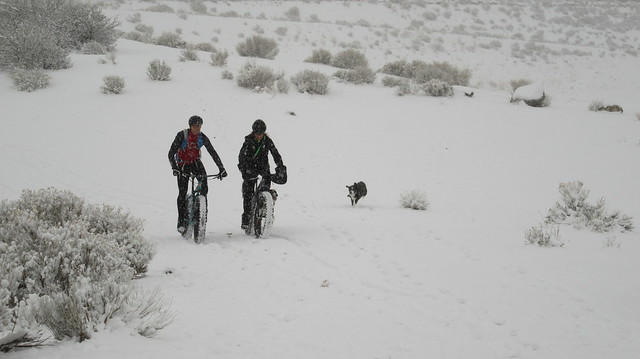 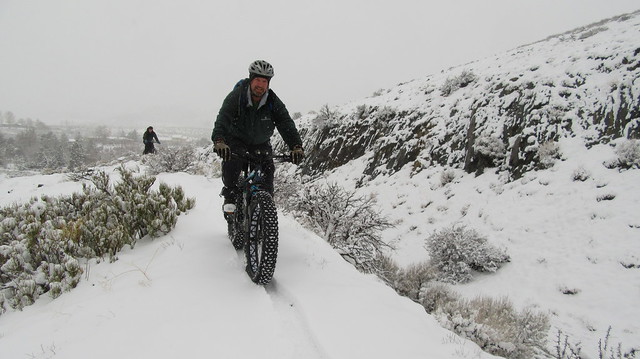 Two of us left my driveway, and we picked up another friend along the way. It was slushy at first, but the snow firmed up the closer we got to the mountains. We ran into two other friends with the same idea as us up on the V&T bike path. They were heading up the trails into Ash Canyon, while we decided on the gentler V&T grade to the north. 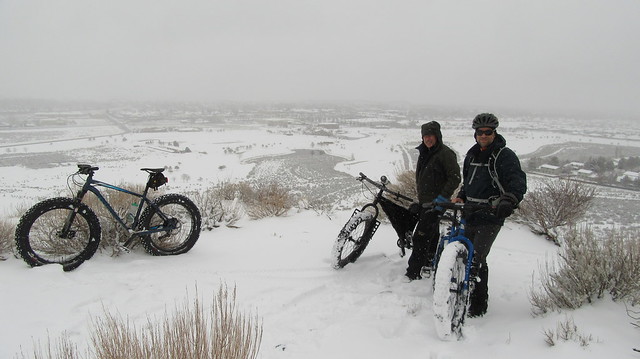 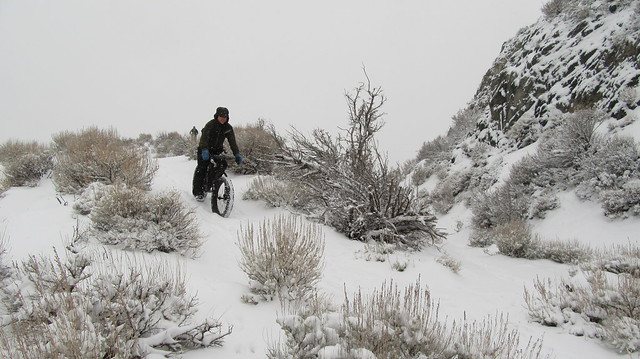 By the time we got to the dirt, the snow was sticking pretty good and starting to accumulate. There were giant mud puddles at the entrance to the trail. Some of us went around, while one rider went right through the middle. The fat knobbies made a pleasing crunching noise as we plowed our way through the snow. About the only thing that stopped us were a couple steep hills and slippery rocks hidden under the snow. We took turns up front breaking trail, since the leader was getting twice the workout with all the rolling resistance. 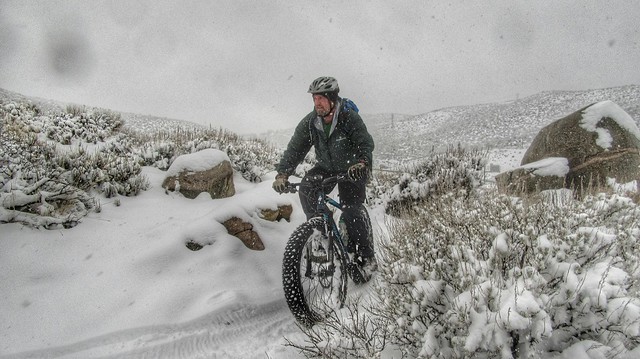 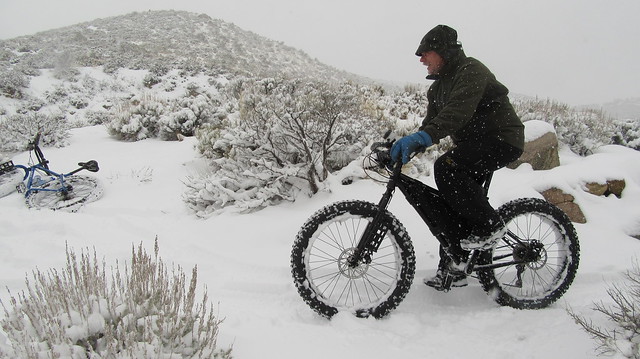 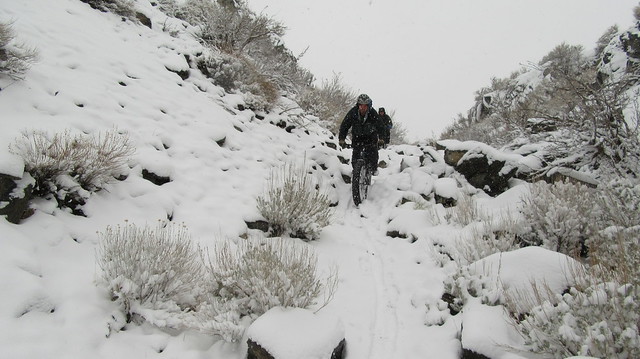 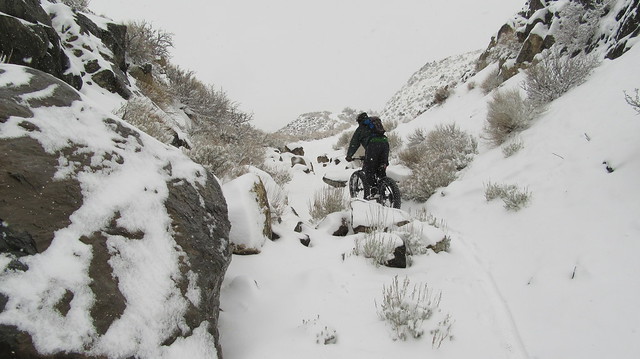 We stopped to catch our breath at the top. What would’ve been a quick and easy ride during the summer felt like it had been much more. The return trip took far less effort, thanks to the tracks we laid down and having gravity in our favor. We seemed to arrive at home at just the right time, the wet slushy snow starting to take a toll on our clothing. A warm fire and cold beverages awaited us at the end of what turned out to be a great ride. Being able to get out for some exercise during the stormy weekend sure boosted the spirits!