Muscle Powered organized a ride around Carson City Wednesday evening, honoring those who have been injured or lost their lives while riding bikes on Nevada roadways. Sadly, there was one reported cyclist fatality in Reno this very day. The Ride of Silence is conducted in cities worldwide on May 18th at 7:00 PM. 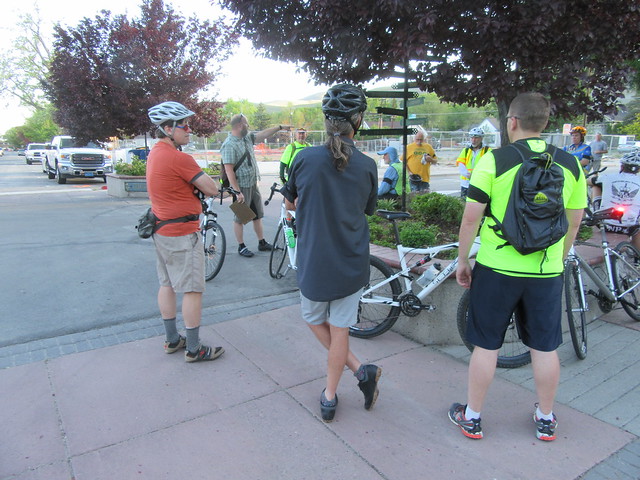 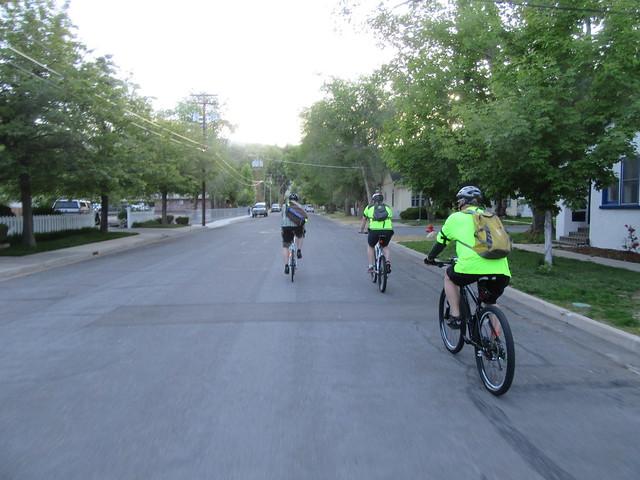 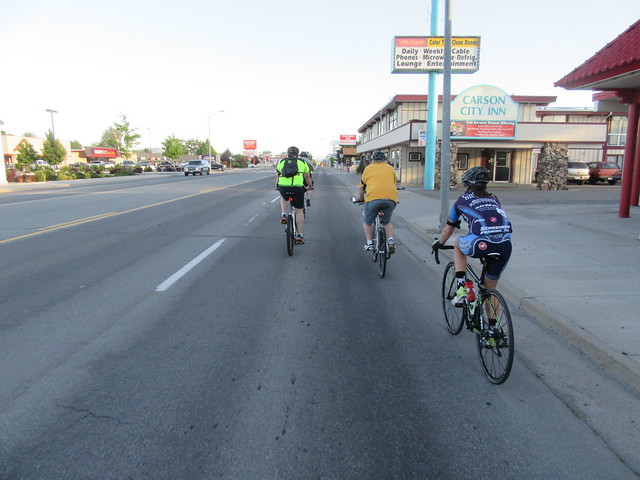 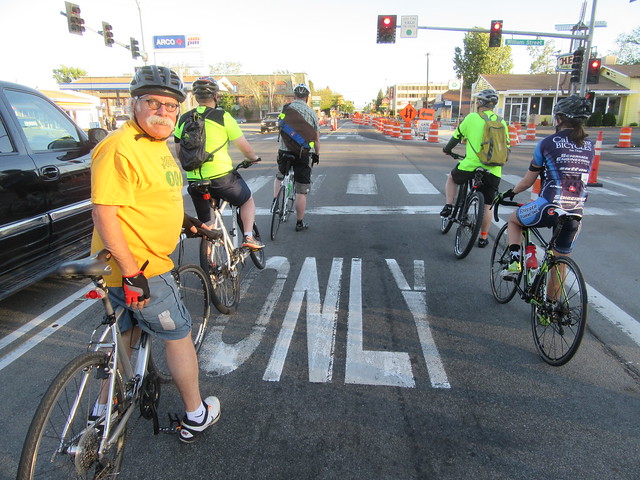 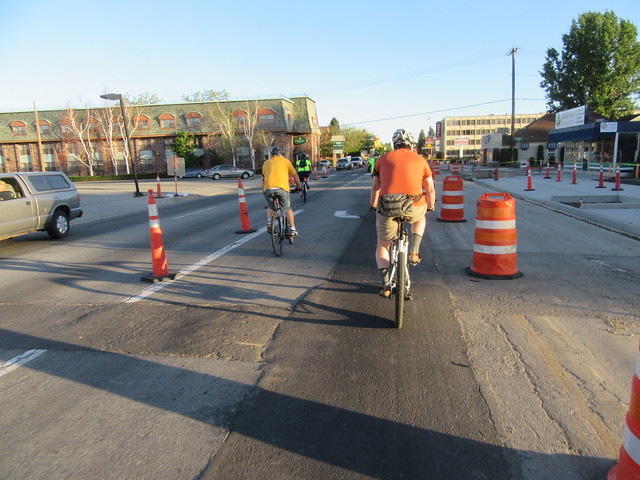 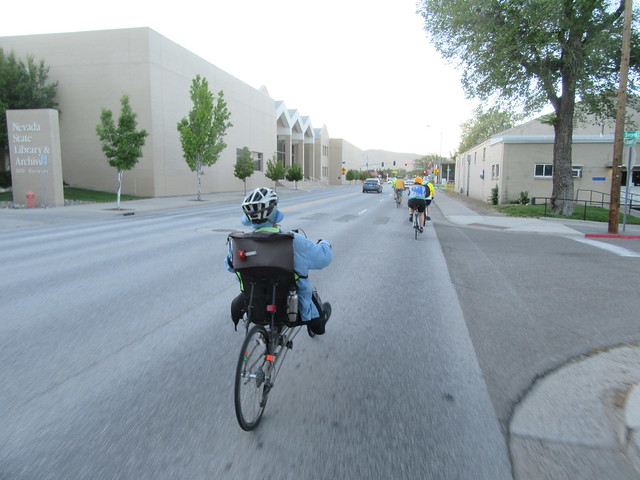 As the name suggests, the ride was silent. No talking was allowed along the 8 mile route. The ride pace was kept to about 12 mph, adding to the solemn mood. The Carson City Sheriff’s Office provided a police escort, allowing the group to take a full lane through town. This increased visibility and helped to spread the message that motorists should be more aware of all the cyclists sharing the roadways. Ride leader Randy Gaa also stressed the cyclists’ obligation to follow the rules of the road to all the riders before the ride. Staying visible, following the rules, and riding in a predictable manner are the best ways for a cyclist to stay safe out on the roads. A big thank you to Carson City motorists for their patience during this important ride!