On September 22nd, Carson City transportation planners held an open house at Fuji Park as a first step in gathering public comment on the future of South Carson Street. After the completion of the freeway in 2017, NDOT will transfer South Carson Street to Carson City, and per agreement, will give the city $5.1M to improve the roadway. The money has to be used for this purpose, and can’t be used for other projects in town. The section of Carson Street being studied is from 5th Street to Roland Drive, a stretch of approximately 2.5 miles. (Updated Note: The study is from Fifth to Roland, but the funding from the state for a project is from Fairview to Roland. Planners are studying up to Fifth so they have an overall concept.) 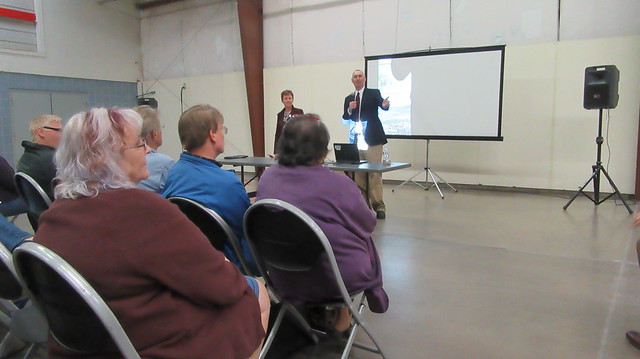 As the freeway currently terminates at Fairview Drive, South Carson Street sees about 45 thousand vehicles per day. After the completion of the freeway, this number is expected to drop to 25 thousand vehicles per day. When this happens, there will no longer be a need for 6 travel lanes. As part of the 1/8 cent sales tax approved in 2014, this corridor was identified for a future project to receive about $1 million in 1/8 cent sales tax and about $1.5 million in utility funds for utility-related costs of the project. That makes a total of about $7.6 million available for the project. The city is also pursuing other funds, such as Federal grant funds, to supplement the funds available. 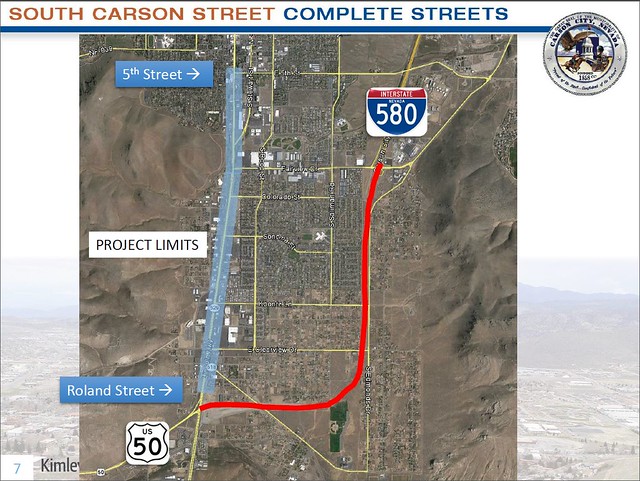 What is a Complete Street? 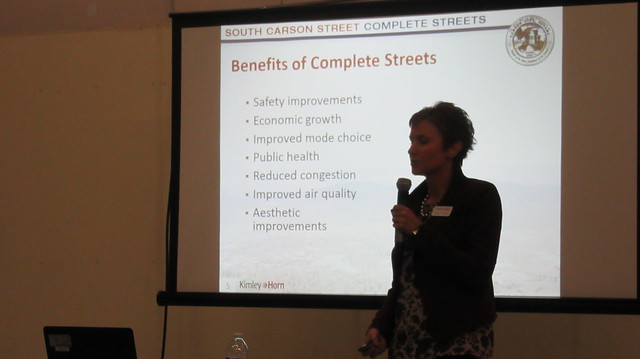 The specific design elements of Complete Streets vary, based on context and project goals. Before the presentation, citizens were able to view maps to identify trouble areas and discuss ideas with transportation planners. A presentation was then given to educate everyone on the Complete Streets policy. After the presentation, citizens were presented with questions regarding feelings on the present state of the road and what improvements they favored in a new Complete Streets design. Voting was done via wireless Response Cards for quick and anonymous feedback, and results of the survey were presented on the screen immediately after each question. This method worked out great, and the voting went by quickly, quietly, and civilly. I’ve attended previous public open houses where this wasn’t the case! 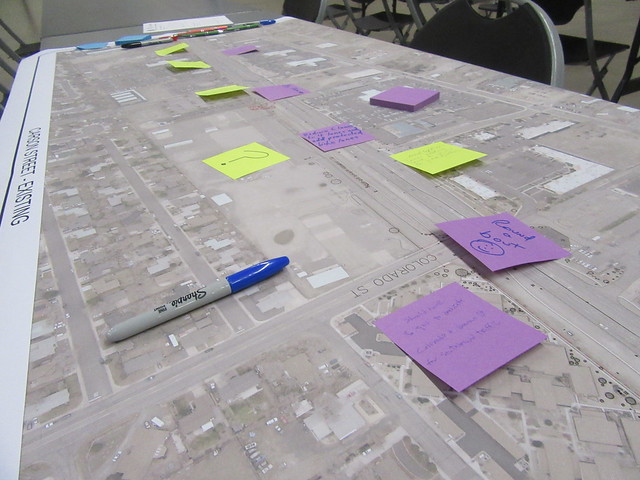 People generally agreed that the automobile should have priority on South Carson Street. With its 2.5 mile length and the existing businesses and parking already designed around the automobile, this makes sense. This area of town has different needs than downtown. Most people also agreed that vehicle access to businesses, and not faster travel times, be the priority. Improved lighting along the roadway was also favored. 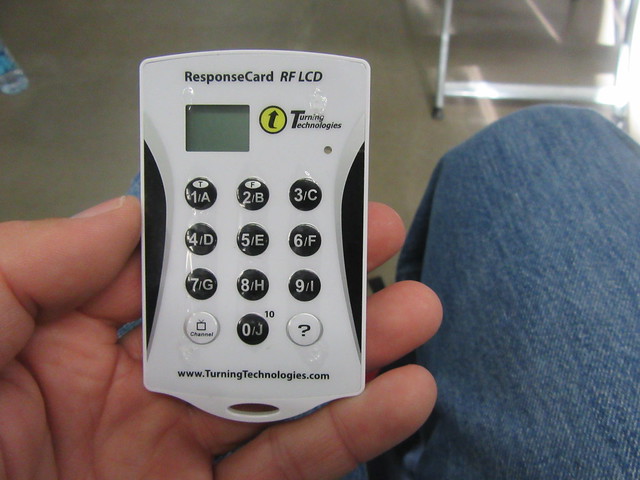 Although it was viewed that the automobile will be South Carson Street’s primary mode of transportation, Carson City citizens wanted to make sure that all other modes of transportation are considered in the future design. When it came to walking and biking on South Carson Street, most people agreed that it is not walking and biking friendly in its current state. Improvements in the streetscape with trees, benches, and other amenities were favored as a way to encourage more walking. Improved bikeability was also seen as high importance with bike paths separated from roadways or buffered bike lanes favored as ways to get people to ride more often. 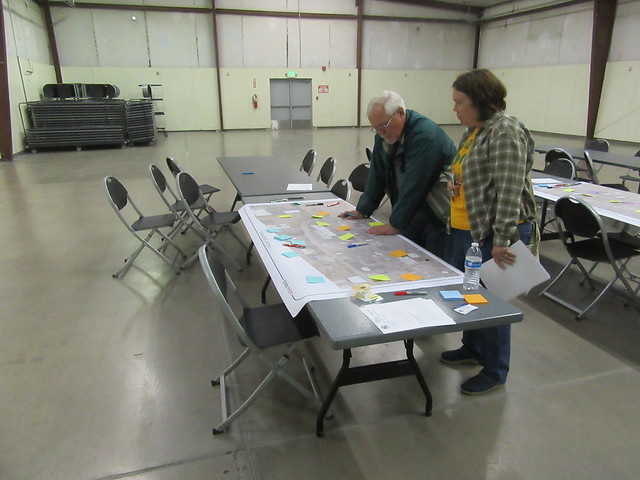 This open house was just the beginning of a conceptual corridor study to get the “big picture” before moving on to actual design in the future. There will be 6-8 months more of continued study on the corridor, with more meetings for public comment. Citizens can also provide input by calling the city’s transportation division at 887-2355.

(Note that the questions “What is the day of the week?” and “The capital of Nevada is:” were practice questions to get people familiar with their wireless voting devices.)

Further reading on the NV Appeal.