A bunch of us met up on the morning of February 5th for the annual Super Bowl Sunday Ride. With plenty of snow still in the mountains, the route stuck to the valley floor. It was a mixed-terrain ride, utilizing several miles of Carson City bike lanes, paths, and multi-use trails all around the city. Along the way we rode through the historical west side, downtown, Linear Park, Moffat Open Space, Riverview Park, Silver Saddle Ranch, and down the Mexican Ditch and Empire Ranch Trails. Here’s a video highlighting the fun day we had!

For most of us, it was our first time along the Carson River since the flooding last month. The higher ground is still intact, although still muddy in many places. Sometimes the mud got so thick it derailed chains and stopped bikes! The lower trails in the flooded area have extensive damage. Some of it can be graded out, while other areas will need truckloads of new material to fill in the giant washouts to rebuild the trails. The Empire Golf Course still looks like a marina in some spots, the golf course hill islands poking up through the sprawling lake. I’m definitely looking forward to drier weather, so the repair work can begin. Here are some photos from along the river: 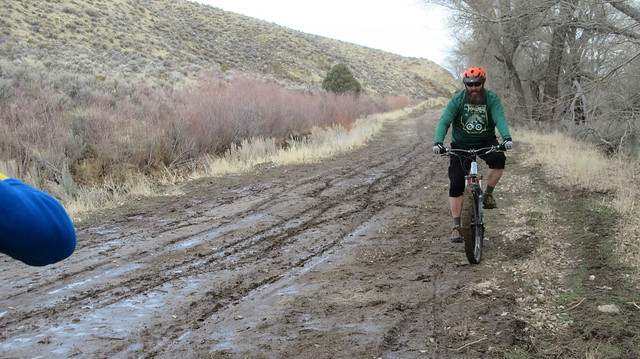 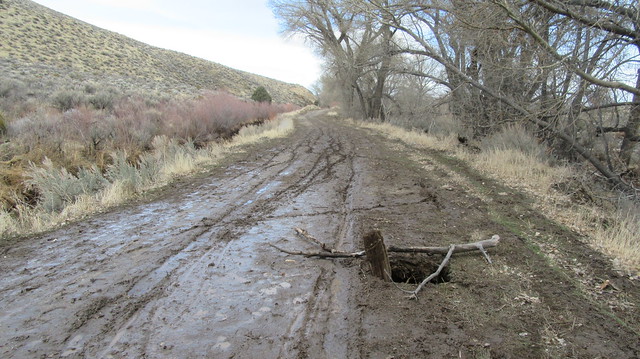 We cautiously approach a sinkhole in the Mexican Ditch Trail 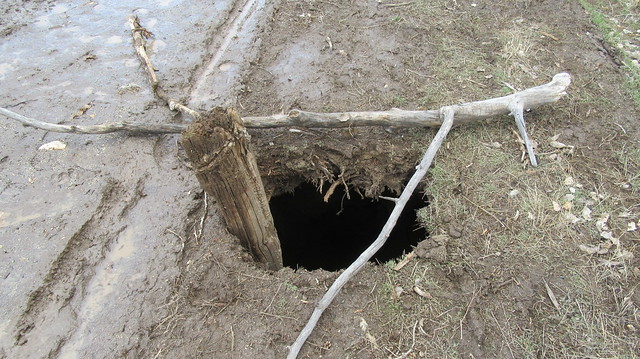 The hole went down several feet into an area deep and big enough to hold several bikes! 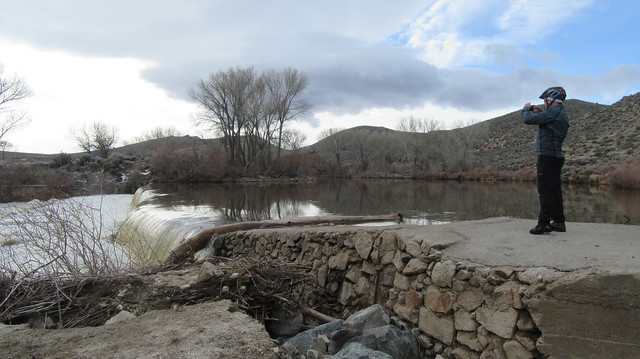 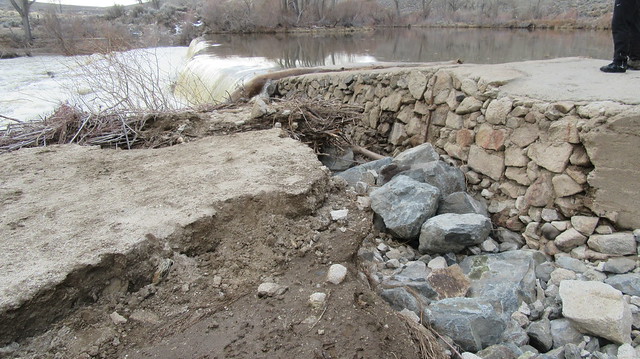 Trail washed away at Mexican Dam 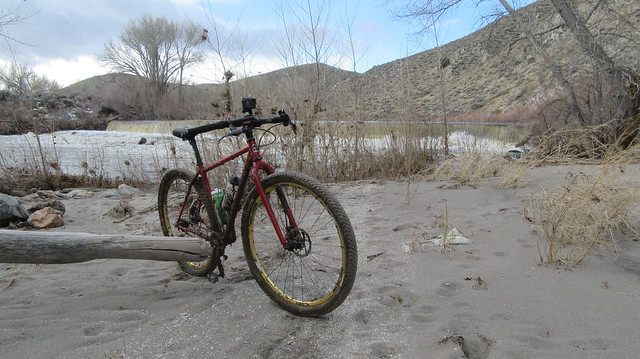 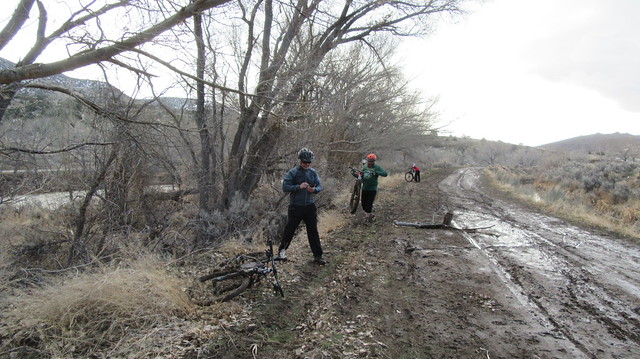 A really muddy section along the Mexican Ditch Trail 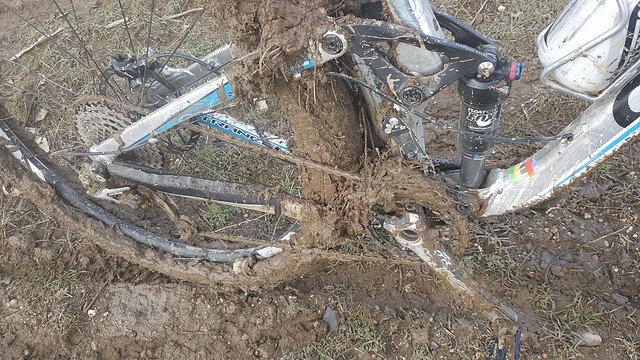 Why can’t I pedal? 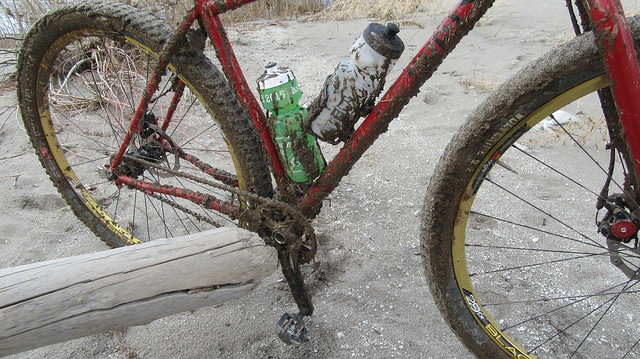 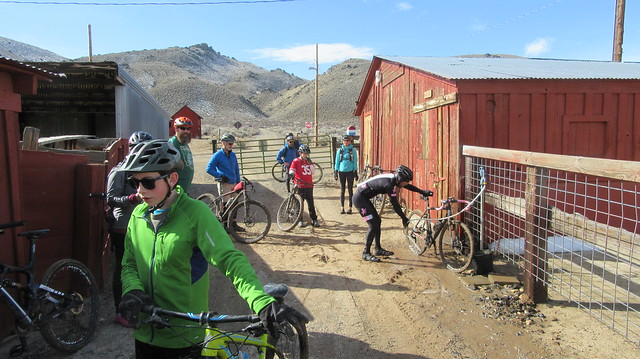 Washing off the big chunks of mud at Silver Saddle Ranch 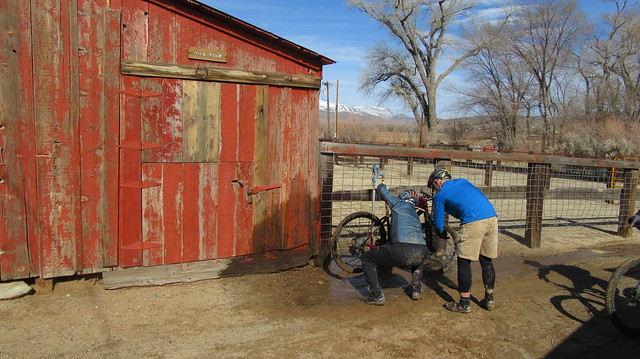 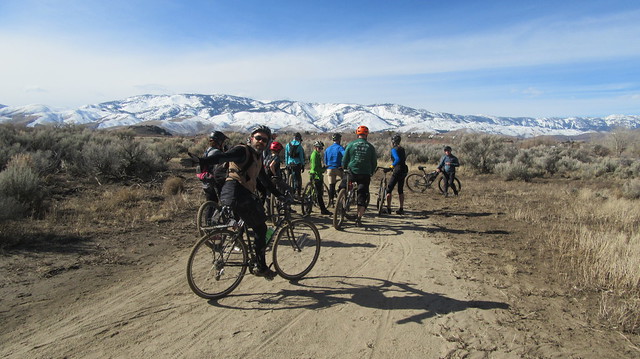 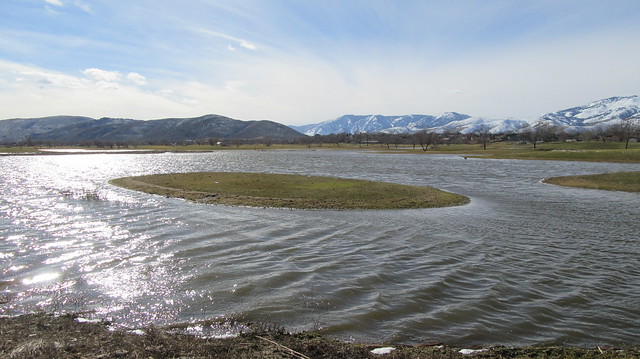 An island at the Empire Ranch “Marina”

As the ride wrapped up, some pedaled off to get ready for their Super Bowl parties. Others gathered for post ride beers to rest tired legs. That mud was a workout! Many bikes went back in the garage muddy that day, awaiting a sunny day to be hosed off and scrubbed clean. A great ride was had by all, made possible by all the trails and bicycle facilities our great city has to offer!