It was raining when ride organizers started setting up for the ride. As luck would have it, the ride staging area was at the Fuji Park indoor Exhibit Hall, providing good shelter for early arrivals. The weather was starting to clear when I arrived, and looked like it would hold for the remainder of the day.

Here’s some video from the ride. In the spirit of road biking, there is a French/Italian inspired soundtrack!

In spite of the questionable weather, there was still a good turnout. This goes for both riders and event volunteers. Muscle Powered had a nice booth, and the chow line was being setup for the post-ride lunch. 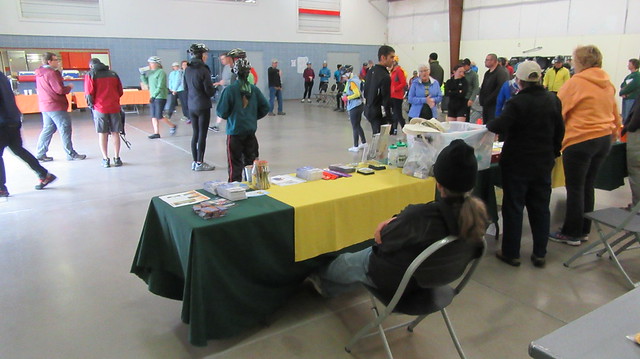 Since the ride was starting at Fuji Park, I thought maybe the climb up Vista Grande Blvd had been deleted from the course. Nope. It was just moved to the very beginning of the ride instead of the very end. With fresh legs, though, it was no big deal getting the climb out of the way early on. 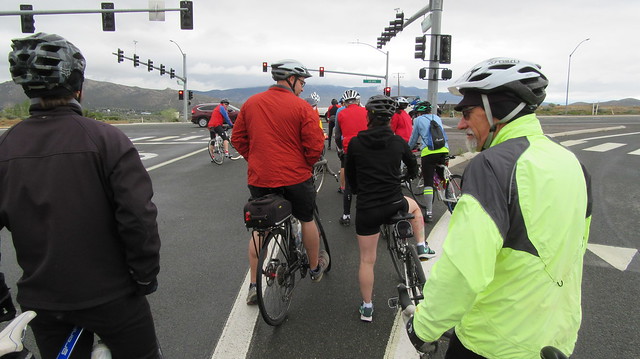 After crossing HWY 395 at Topsy, we went into a newly developed neighborhood. This was a great addition to the ride, with nice smooth roads and bike lanes. The addition of the new freeway corridor was also new since I’ve done the ride. This made the return trip a bit confusing compared to what I was used to, but turned out to be pretty easy just following the bike route signs. With all the water, the ride along the Carson River was my favorite part of the ride (not counting the lunch following the ride…). 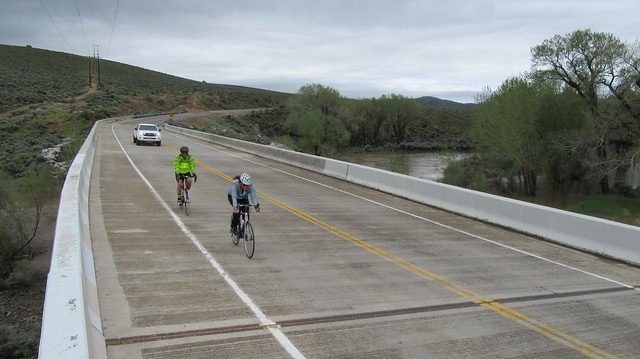 The aid station near the hospital had planned to serve Popsicles as it has in the past. There was no need for frozen treats this year, though. My feet already felt like a couple Popsicles in my summer riding shoes, so I was happy to see they went with bananas and oranges this year. It gave me just the energy I needed to finish off the final part of the ride with enthusiasm. Waiting for the riders at Fuji Park were enchiladas, beans, rice, salad, and hot coffee! It was the perfect way to end the ride. 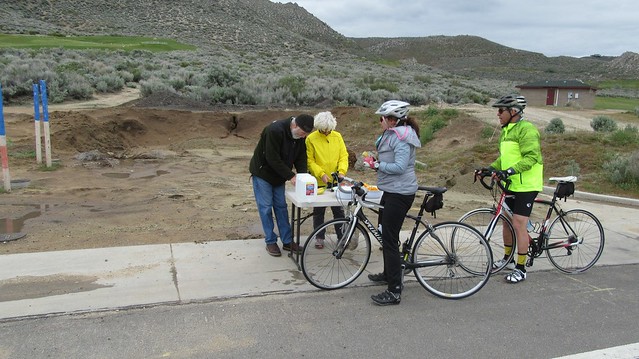 Aid Station near the hospital

Congratulations to Bike Habitat on their 10th Anniversary and Tour of Carson City! Thank you for all the years of doing this for the community. The event sure has grown a lot since the very first ride.