The first Saturday in December is designated as Global Fat Bike Day. Generally, any bike with tires 4″ or wider falls under the category of a Fat Bike. GFBD is a day for all the like-minded enthusiasts to get together for a fun ride, and events are shared around the world through photos, videos, and stories. For our local ride, we picked the Clear Creek Trail just south of Carson City. It’s a fun trail on any mountain bike, but with all the sandy decomposed granite this trail goes through, it’s especially fun rolling it on fat tires.

Video from the ride:

I advertised this ride publicly on social media, so I wasn’t sure who was going to show up. I figured it would just be a handful of friends. I was surprised when I arrived at a full trailhead parking area, though. There were all sorts of fat bikes being prepped, and there was even someone in a Yeti costume. At least I think it was a costume… 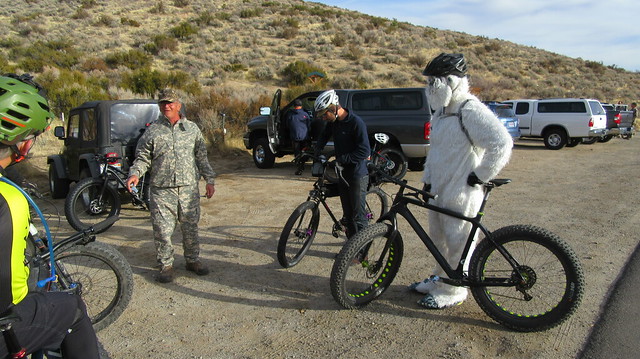 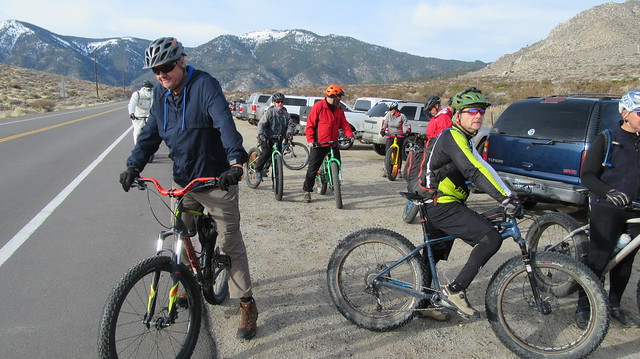 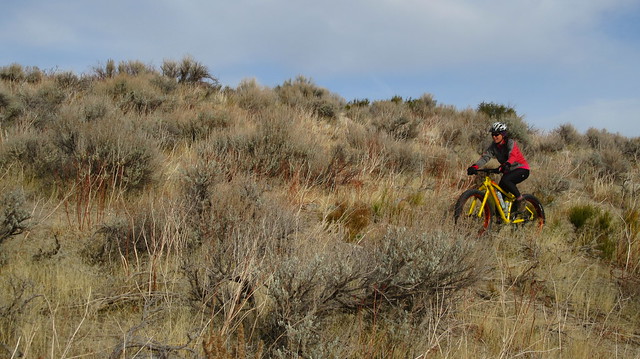 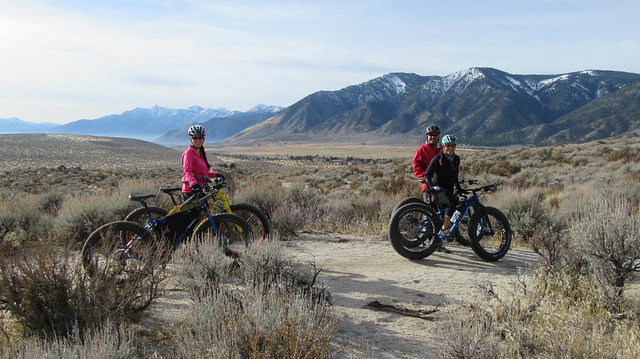 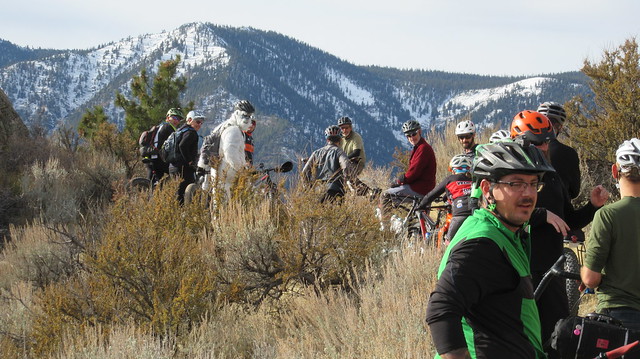 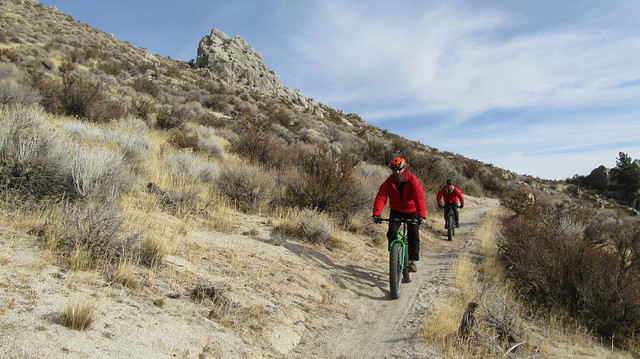 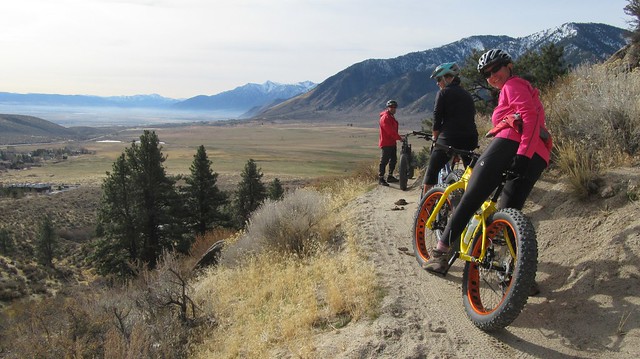 We had a nice collection of bikes on the ride this year. Fat Bikes dominated the group of course, but we had a few “Plus” bikes as well with their mid-fat 3″ wide tires. We even had some regular mountain bikes represented with their fat-ish tires. Nobody was excluded, because it was all about fun and the more the merrier! 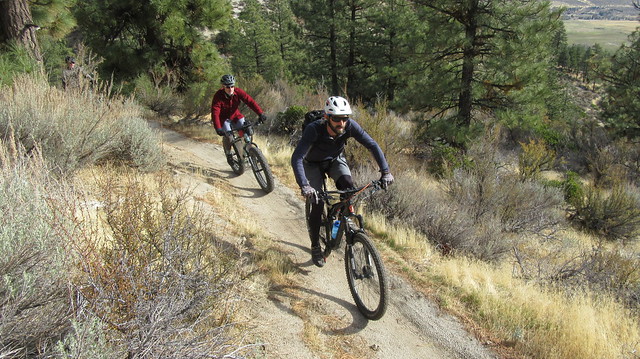 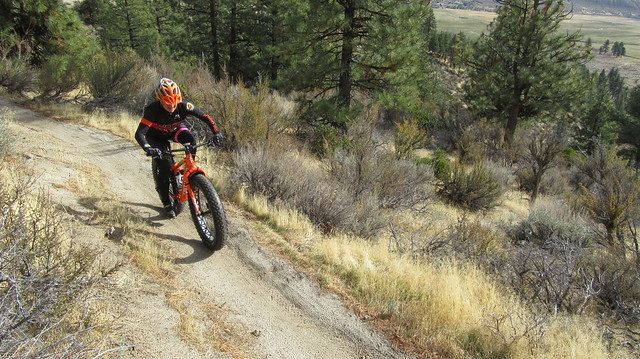 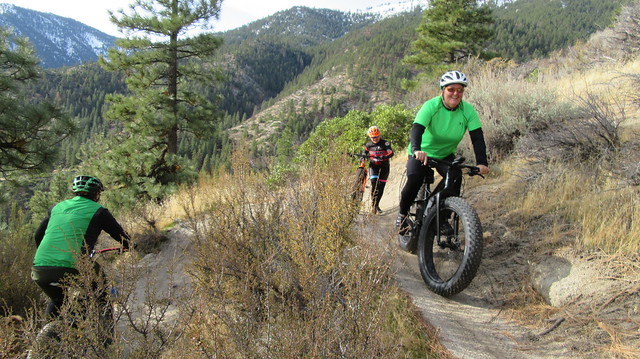 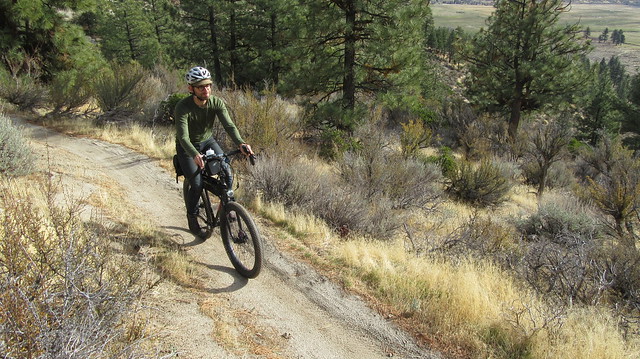 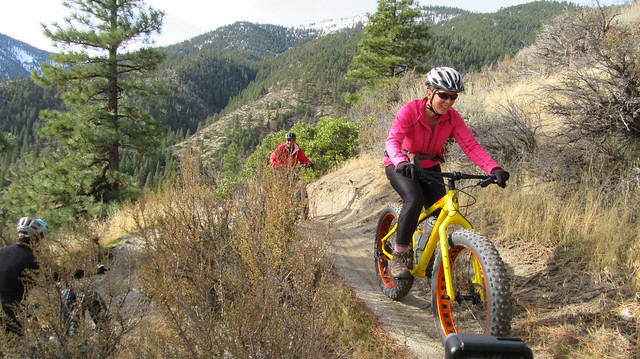 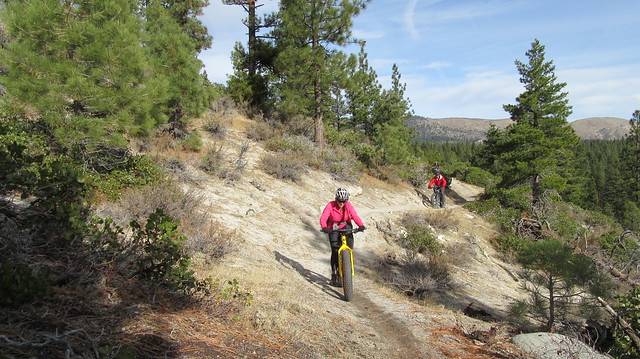 The Clear Creek Trail ended up being a great choice for the large group. Faster riders could go on ahead, but the out-and-back route kept everyone on the same path. It was also great that the leaders stopped to wait periodically, and we all got some time together at Knob Point before heading back down the trail. 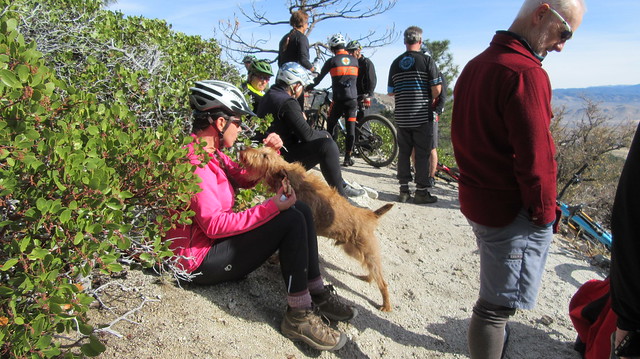 Knob Point has a great view of the Jacks and Carson Valleys. It always reminds me of the opening scene from John Wayne’s final film, The Shootist. The afternoon winds were starting to pick up as we finished our break. We had definitely taken advantage of the best part of the day by getting an early start. 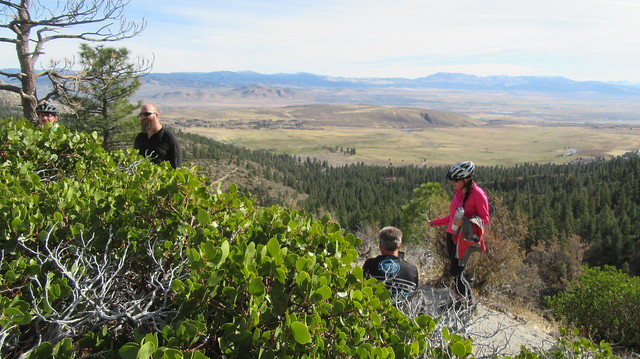 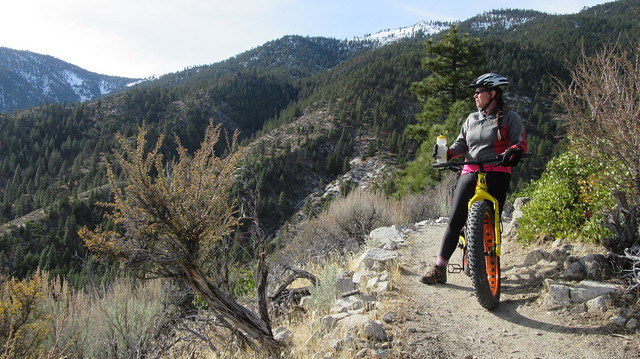 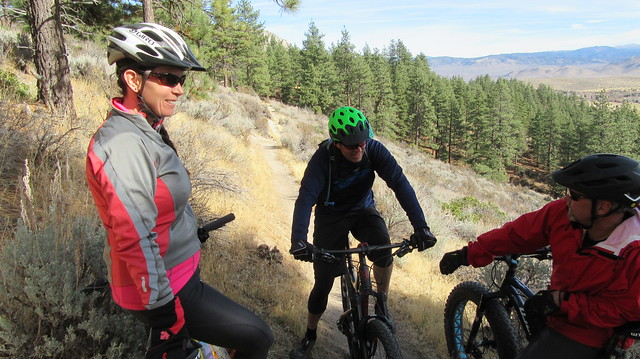 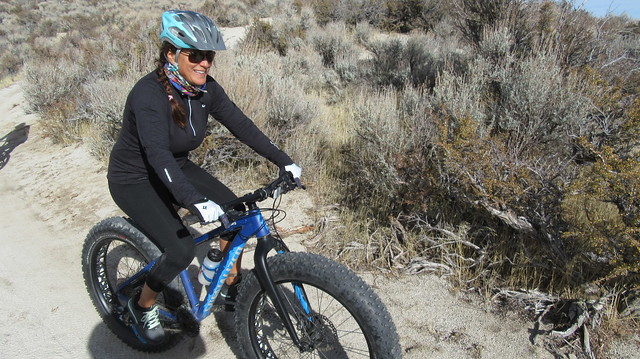 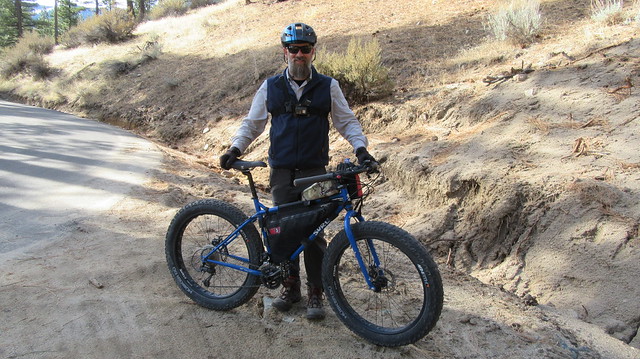 So what’s the big deal about fat bikes? The trail conditions on this day were such that any mountain bike would’ve been a hoot and maybe even faster. There’s just something about low pressure fat tires with all their traction and flotation that feel so great, though. Fat bikes are simpler for the most part, and have less technology to get your mind wrapped up in. There’s less fighting the bike and worrying about picking the best line, and more just being in tune with the outdoor experience and having a great time. Judging by all the smiles that day, it was obvious I wasn’t the only one feeling it!

More about the Clear Creek Trail over on the Carson Valley Trails Association page here.