Saturday, December 9th was the annual Silver Saddle Ranch Holiday Party. The festivities began at 10:00, so we decided to meetup at Korean War Veterans Memorial Park at 09:00 for a bike ride to the party. With temperatures well below freezing at this time, I was surprised to see that other friends actually showed up. It was a hardy bunch, those with a desire for a fun bike ride and holiday treats no matter what the weather. 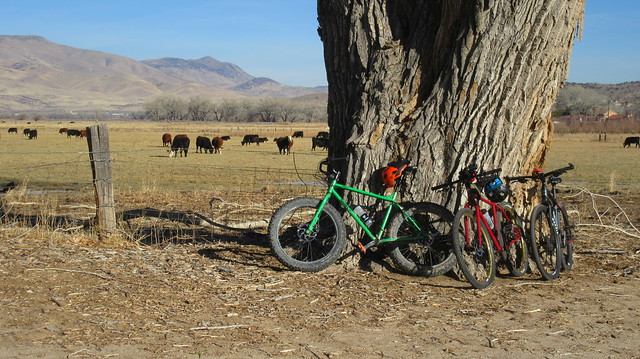 We started off our ride north along the Riverview Park Trails. The City recently repaired these trails, and they’re in the best shape they’ve been in for a long time. We headed north to the trails near the Empire Ranch Golf Course. These trails still have damage from last winter’s flooding, with holes so big and deep you could hide a compact car. 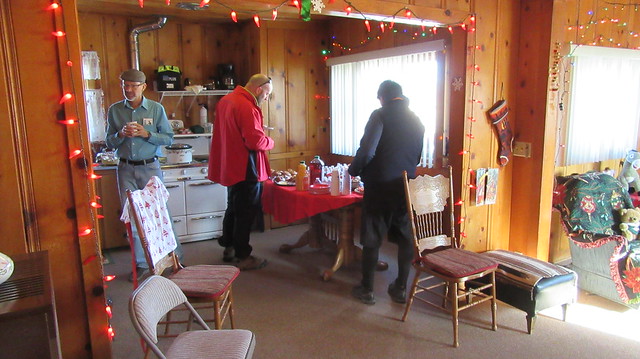 Breakfast spread at the Red House

Heading south now, we got back on the Riverview Park Trails for an easy cruise along the river. We then jumped on the Mexican Ditch Trail to connect us to the Silver Saddle Ranch. Any urge to pedal fast was met with a reminder about the windchill. Slow is often warmer when it’s freezing out. 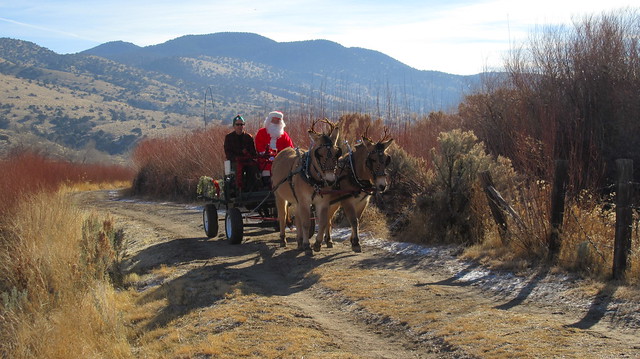 Santa out for a tour 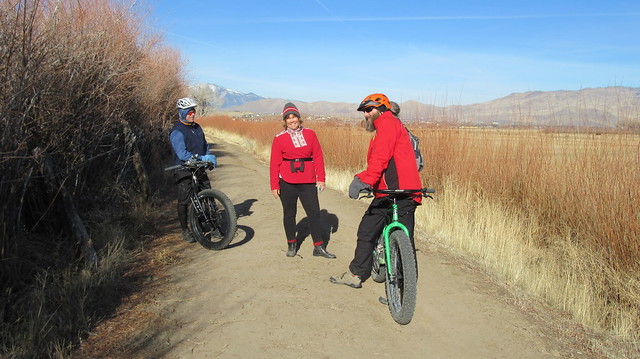 We arrived at the Silver Saddle Ranch as the festivities were commencing. Lots of people were there to visit the Red House and get out on the trails for walking and biking. Santa was out touring the grounds on a mule drawn wagon. We headed over to the Red House to enjoy a nice spread of coffee, hot cider, muffins, and other breakfast goodies. 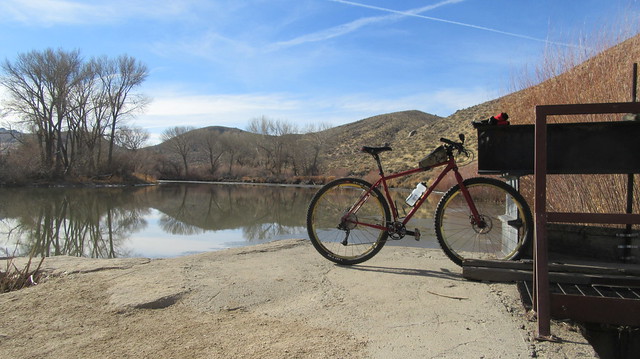 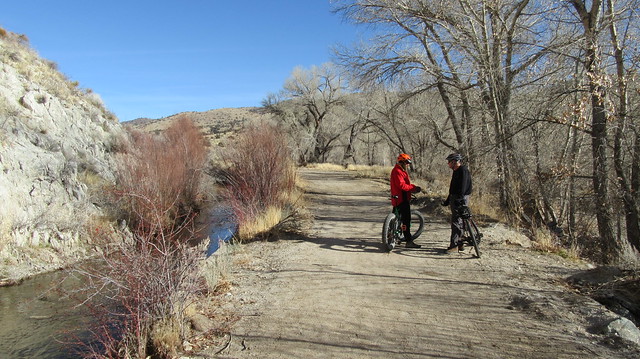 From the Red House, we continued south out to Mexican Dam. The trails are in great shape here as well, and the ramp up to the bridge at the dam has even been repaired. It looks so good now, it’s hard to believe that it was completely washed out just a few weeks ago. Before retracing our route back to where we parked, we made another stop at the Red House for a refill on the hot cider. 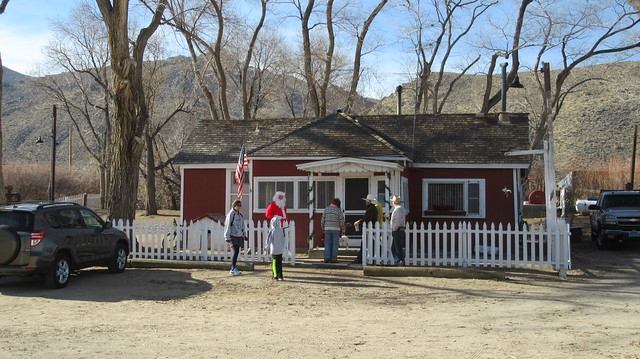 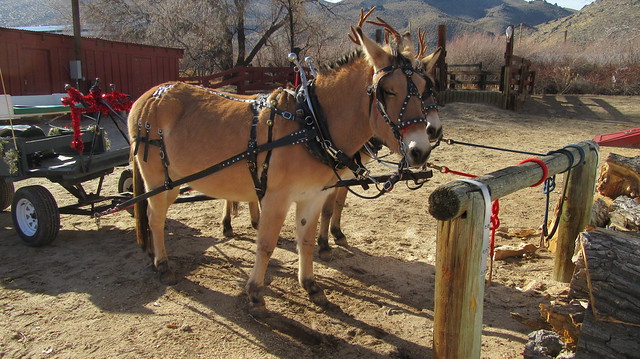 With all the flood damage from earlier in the year, it’s great to see the river trails getting back into shape. It’s nice to have a place to get in some easy recreation during the colder months, and it’s fun events like the Silver Saddle Ranch Holiday Party that give you the motivation you need to get outdoors!